This article appears in une/July/August 2016: Issue No. 44 of Edible Brooklyn.

Heritage Farm at Snug Harbor is a rare thing within the five boroughs: a production-scale agricultural endeavor that even has a tractor.

Jonathan Wilson stares down into one of the large white coolers in the back of the van he’s just parked. It’s early evening, later than usual for making restaurant deliveries, and the sun hits Bergen Street at a low angle. Beside him sits a flat of heirloom tomatoes and a box of edible flowers; inside the cooler are bags of Casper eggplants, lemon cucumbers and various peppers.

As he pauses, absorbed in thought and oblivious to his observer, Wilson is humming with the kinetic energy of a harvest day that’s had him in motion since 5:30 a.m. On the side of the cooler his hand beats a complicated rhythm that’s coming entirely from inside his head.

Wilson, 37, is manager of the Heritage Farm at Snug Harbor Cultural Center and Botanical Garden. Located on Staten Island’s north shore, the two-and-a-half acre farm, now in its fifth season, uses sustainable methods to grow vegetables, fruit, flowers and herbs for food banks and Michelin-starred restaurants alike. It is a rare thing within the five boroughs: a production-scale agricultural endeavor that’s not on a rooftop. It even has a tractor. 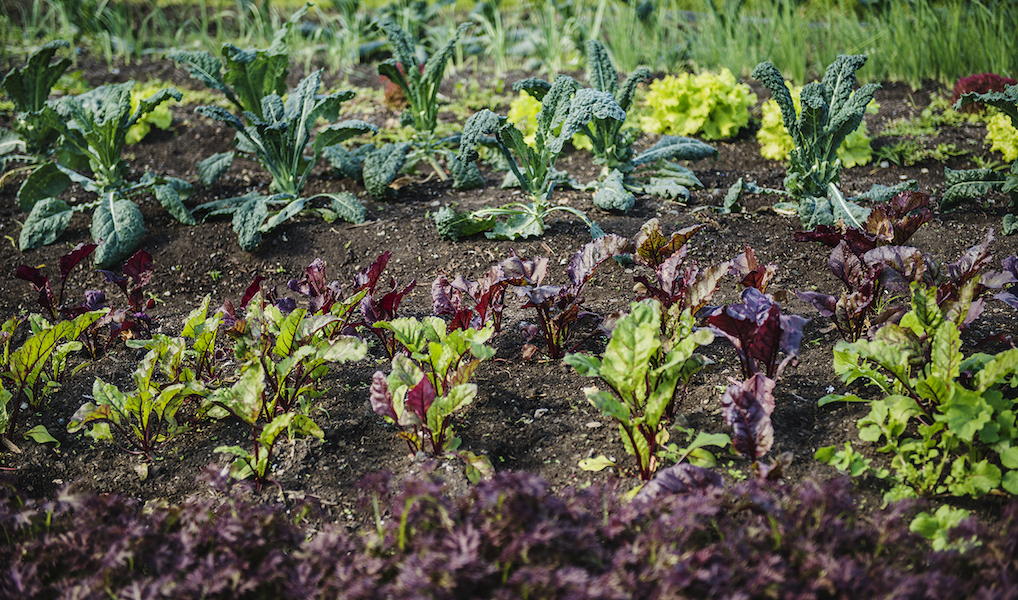 By the 1840s, almost half of Staten Island was farmland, its farmers having easy access to Manhattan markets.

The scene on Snug Harbor’s delivery days is classic Brooklyn, circa early 21st century: A multi-racial urban farmer—who also plays free, improvisational jazz drums with a band called odon—carries organically grown, heirloom varietals he harvested that very day through the pristine front doors of restaurants even as the first diners of the evening are arriving. Until Snug Harbor’s recent purchase of the delivery van, Wilson was making deliveries in the facility’s Dodge Ram pickup, a bona fide farm truck if ever there was one. He would hop in and out of the truck bed and carry produce across Smith Street or Atlantic Avenue, with just the kind of street cred—and farm cred—tattooed cooks smoking on the sidewalk could respect.

But behind the farm’s cool frontman, Snug Harbor’s agricultural mission continues a long and rich tradition in Staten Island. The 83-acre site, founded in 1801 as a retirement home for sailors, once housed some 900 residents from around the world who lived in a self-sustaining community (including a working farm). By the 1960s, the site came under threat of development until the newly formed landmarks commission designated Snug Harbor’s major buildings New York City’s first landmark structures.

As a site for education as well as production, Heritage Farm also reflects Staten Island’s larger history as an agricultural hub for the city. By the 1840s, almost half of the island was farmland, its farmers having easy access to Manhattan markets. In the mid-19th century, it became a laboratory for the improvement of agricultural methods—efforts led by a group of naturalists that included Central Park designer Frederick Law Olmstead who owned a farm there. Staten Island’s last commercial farm—its last, that is, until the current agricultural revival—closed in 1979. 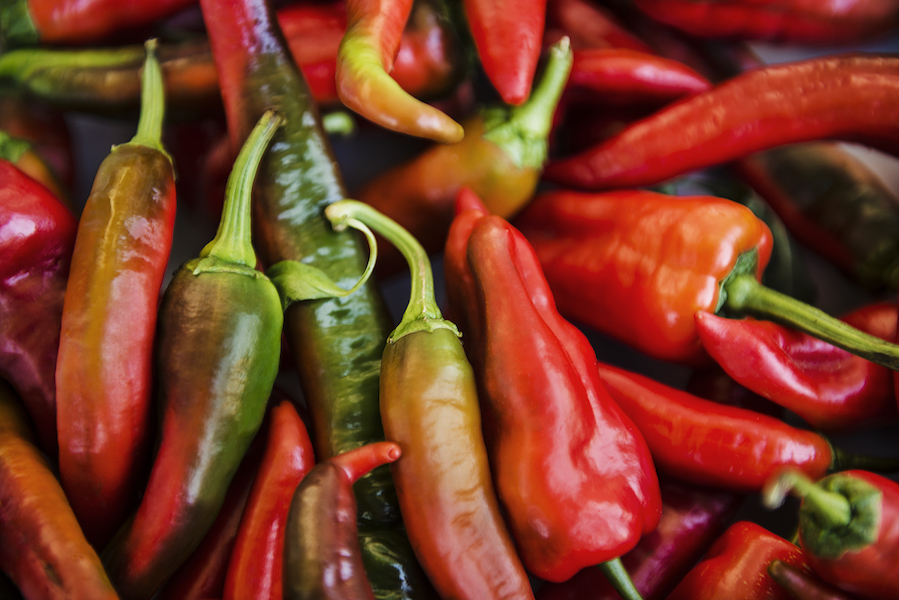 Wilson knows to give restaurants produce that’s ready to eat that very evening, as well as produce that will be ready on the next day and the day after.

As part of its education and outreach, last year Snug Harbor signed a three-year contract to provide produce as well as training to the Food Bank for New York City. It sends some 4,500 pounds of vegetables each year—the same kale and salad mixes that go to restaurants—to Food Bank agencies on Staten Island. At the same time, Wilson conducts several 10-week training sessions for Food Bank member charities across the city. “The goal … is that people will begin to grow food to supplement their nutrition program, their teen cooking program, their pantry,” Wilson explains.

Wilson himself first got turned on to agriculture while teaching service-learning programs to students at Franklin K. Lane High School, on the border of Brooklyn and Queens. It was there that he built his first raised beds and witnessed the transformational power of growing food.

“It seemed that folks were deriving some sense—not like it was given to them, but they themselves were deriving for themselves—some sense of empowerment. I think that turned the switch on,” Wilson says. He then worked for Project EATS before volunteering at Snug Harbor in the 2012 season and taking over its management in 2013 after the founding farmer departed.

Sales to restaurants started when Wilson went cold-calling with samples of produce. “Here’s a guy on a small farm that’s super local. And the produce looks great. And he’s willing to bring it to me. Those are all selling points,” says Ryan Angulo, chef-owner of French Louie and executive chef of Buttermilk Channel. 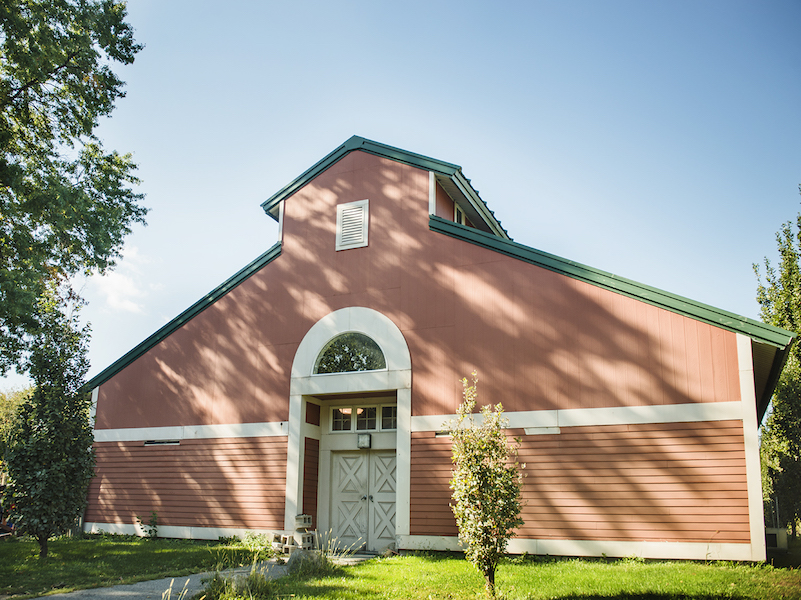 Wilson himself first got turned on to agriculture while teaching service-learning programs to students at Franklin K. Lane High School, on the border of Brooklyn and Queens.

Others found the farm. Walker Stern, co-chef and co-owner of the restaurants Battersby and Dover, was introduced to Snug Harbor a few years ago by way of some late-season bronze fennel.

One morning he walked into Court Street Grocers and saw that delicate, feathery herb atop a prepared dish. “Where did you get that?” Stern demanded of the owner.

It was the idea of a farm right across the Verrazano Narrows that first intrigued Stern’s business partner, Joe Ogrodnek, whom, with Stern, was named among the “best new chefs” in the country by Food & Wine in 2014.

“It was, like, ‘What? Staten Island? What’s up with that?’” says Ogrodnek. “And then you meet Jon, too, and he’s not, like, the typical farmer guy either. He has a New York accent. He speaks with slang. You can relate to him, talk to him. He’s a cool guy.” In the years since, Ogrodnek has appreciated Wilson’s excitement about what he’s growing and his savvy about the dining scene and ingredients chefs are using.

“There’s plenty of other farmers that we deal with that are clueless with all those things,” he says. “I wish there were more farmers like him.”

During tomato season, in fact, the only heirloom tomatoes Battersby and Dover will buy—unless the chefs are at a farmers market picking them out themselves—are from Snug Harbor. “You can’t order them because a lot of times people, like big companies, store them in the fridge or something, which totally fucks them up. Or you get them and they’re not ripe or they’re too ripe,” Stern says. “Or the worst is you get them, and then they’re from Canada or something.” Ogrodnek agrees: “I don’t even trust a cook to go and pick them out.”

Indeed, a flat full of Snug Harbor’s tomatoes is a thing of beauty, and watching Wilson meticulously putting them together, rearranging them by color, size and shape, is like watching an artist at work. Wilson knows to give restaurants fruit that’s ready to eat that very evening, as well as fruit that will be ready on the next day and the day after, but he also knows that chefs, and their customers, experience food as a feast for all senses. Woe to the farm apprentice who, giving no thought to visual aesthetics, places two similar tomatoes in the box side by side.

Back in the van, Wilson is making the last delivery of the day, to The Vanderbilt, a Prospect Heights restaurant founded by chef Saul Bolton. The restaurant’s order is beside him, ready to go, but he’s thinking about what else the chef might like, what else will be ready in the field next week, what other chefs are ordering—all so he may throw in a little something special, something with this specific menu in mind. 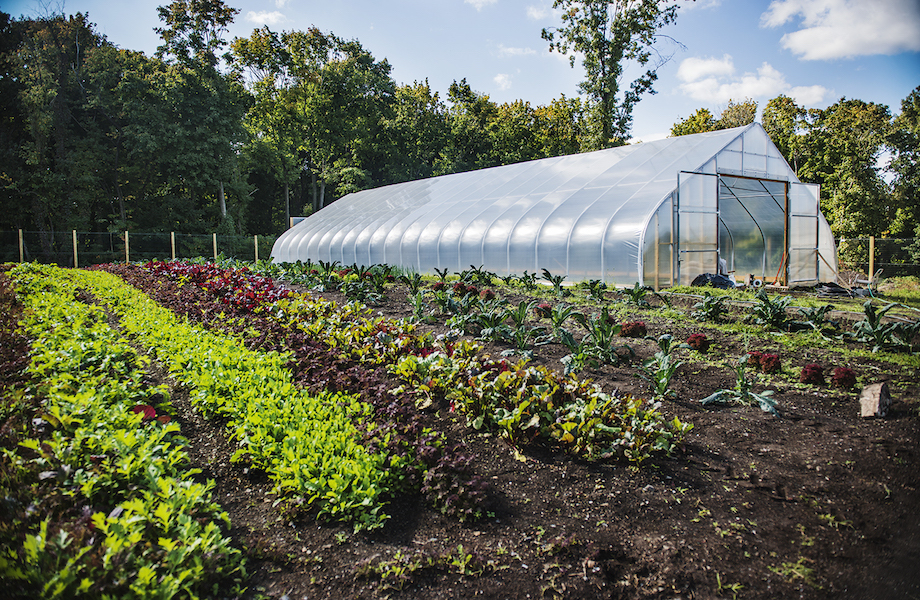 The farm sends some 4,500 pounds of vegetables each year—the same kale and salad mixes that go to restaurants—to Food Bank agencies on Staten Island.

That attention pays off. Elise Kornack—the chef who with her wife, Anna Hieronimus, runs Take Root, the 12-seat, Michelin-starred Carroll Gardens restaurant—says she loves getting from Wilson surprise samples of ingredients she didn’t even know she needed. Last summer, for example, he brought her some orange daylilies and the encouragement to “play around with them.” Kornack says: “I wouldn’t have thought to order them, or pick them up at the market with intentions on making a dessert, but I ended up making my favorite dessert to date”—an eggless daylily custard poured over berries macerated in berry juice with toasted macadamia nuts. “It was sweet, oral, nutty and smelt like honey and summer,” she says.

No matter what comes from Snug Harbor, chef Angulo says he knows “it’s going to be pristine, really small production, and [Wilson’s] going to pick out the best of the best.” Snug Harbor greens are a regular item on the menu at French Louie and Buttermilk Channel, and when customers ask about them, he loves to tell the story of a small farm on Staten Island in an old sailors’ snug harbor that was almost destroyed by developers before being saved and revitalized with arts programming, a children’s museum and magnificent gardens, where food is grown by their farmer-friend Jon.

So while some chefs have the luxury of being close to farmers markets where they can form relationships with growers, says Angulo, “that’s what I have with Jon. He comes in. I give him a coffee. We stand outside and bullshit for a few minutes. And then we see each other next time he comes around.”