The Bush Basil Booster from the new Shake cocktail book is refreshing in flavor and technique: Simply muddle fruit and herbs, shake and pour for easy summer ades. 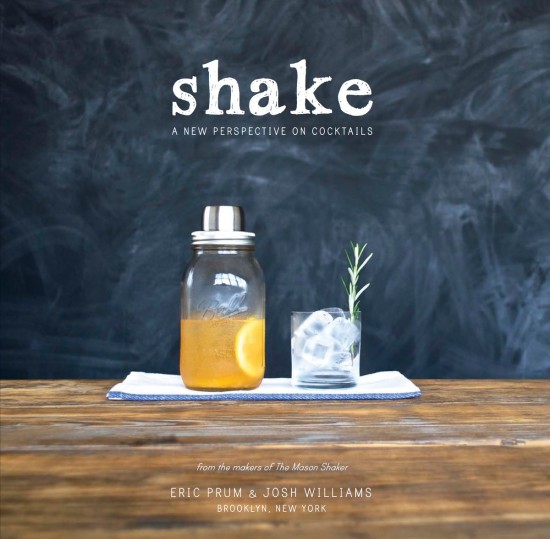 This year for her birthday, I decided to give my sister the nifty Brooklyn-born Mason Shaker, created by Eric Prum and Josh Williams of the Bushwick based firm W&P Design. (They’re also the makers of the Hella Bitters Craft Your Own Bitters Kit project currently featured on Kickstarter.) 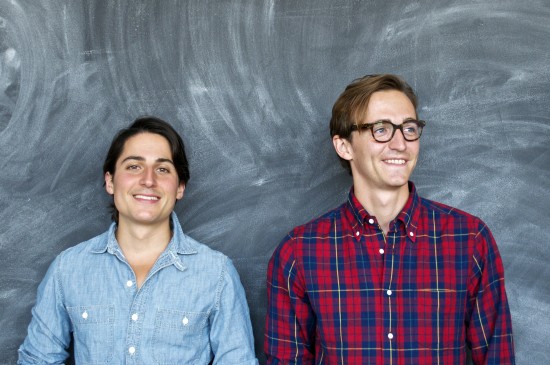 But I have to admit I kept their cocktail cookbook for myself. Called Shake, it was re-released by Clarkson Potter this month, after the pair had originally self-published it last year. It’s a slim, pretty volume that caught my eye both for its layout and this bright green number below called the Bush Basil Booster, one of the few non-alcoholic drinks in the book.

It wasn’t the lack of booze that impressed me, but the basic technique: To make it, Prum and Williams have you muddle the cucumbers, bush basil (which I happen to have in a windowbox planter) and limes in the shaker, then add water and ice. You shake and then pour, essentially making a fresh, complex lemonade à la minute.

The Bush Basil Booster is super-duper refreshing, and, I’ll admit, also tastes pretty good with rum or tequila. What’s more, I’m going to apply to the idea to beverages from here on out, swapping in watermelon or peaches for the cukes, or maybe shiso, lemon verbena or nasturtium flowers for the basil. In Shake, the authors use the same technique to make a quick kale juice, too, by muddling apple cider with fresh greens, lemon juice and ginger. They have even more suggested seasonal concoctions in The Farmer’s Market Cocktail Guide, a downloadable booklet they’re giving out for free.

Note that the recipe below calls for spring water and bush basil — I’ve tried it with plain old Brooklyn tap water and also other varieties of basil, with delicious results each time. 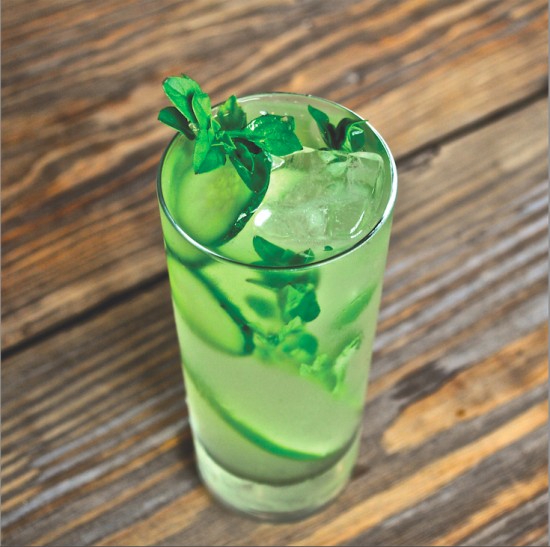 Reprinted from Shake by Eric Prum and Josh Williams. Published by Clarkson Potter, a division of Penguin Random House.

1. Add the bush basil, cucumber, and lime slices to the shaker.

2. Muddle the ingredients in the bottom of the shaker until thoroughly crushed.

3. Add the spring water, lime juice, and ice to above the level of the liquid and shake vigorously for 10 seconds.