For Both Novices and Experts, Brooklyn’s Free Fermentation Party Returns This Sunday

The event is meant “to encourage absolute novices to ferment at home and come out to the party.” 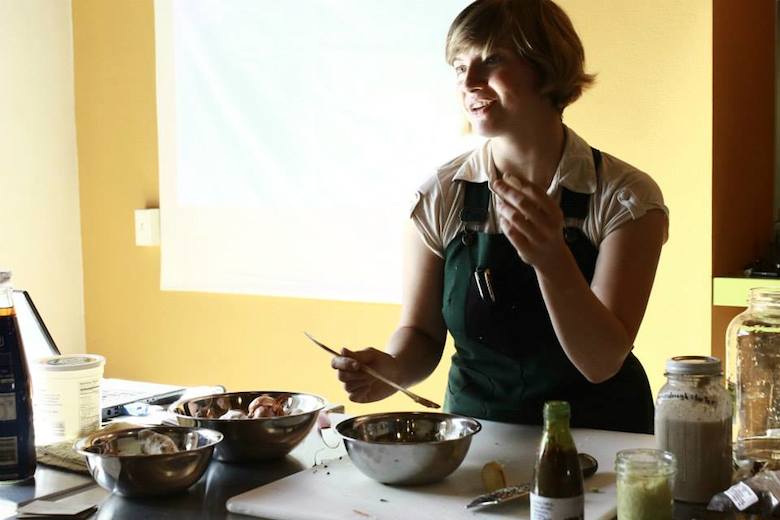 Last Sunday as I dashed into a Chinese bakery, hunger-panicked, for a red bean paste bun on the third hour of a dosa pilgrimage to Flushing (made longer by a non-functioning 7 train), it occurred to me that I should just learn to make the fermented dough myself. Although I’ll never achieve the slightly sour perfection that regularly has me rushing to Washington Square park to catch the Thiru Kumar before he closes at 4:00, it wouldn’t hurt to learn the basics. And on Saturday, March 22 from 4—8:00 p.m. I’ll have my chance: Cheryl Paswater of Contraband Ferments is teaching “How to Make Idlis and Dosas” at this year’s Ferment! Ferment!

The free annual event, organized by fermenting enthusiast Zack Schulman, also includes workshops on Japanese rice bran pickles, wild vegetable fermentation and low-ABV short meads. Schulman started the event, which is now in its eighth year, in his living room. “It was just a dozen friends sharing pickles,” he says, but it grew quickly: it’s now held at the Brooklyn Free School and last year’s crowd topped out at about 250.

Intimidated by the idea of partying with tons of experienced picklers? Have no fear: there’s a blog for that. Schulman started it with intention of demystifying the process. “It’s really to encourage absolute novices to ferment at home and come out to the party.” Many of the blog on the recipes require nothing but a mason jar and a little patience.

This year’s event also features Fermentation on Wheels, the traveling pickling maven and her converted school bus. Join them for the workshops, samplings, and a live band — Schulman, never one to resist a good pun, promises it’ll be a “bubbly fermentation party.”

An RSVP is requested but not required. Email z.schulman@gmail.com let him know you’re coming.