Local forager and Edible contributor Marie Viljoen shares a handful of edible flowers that we can find and eat now. 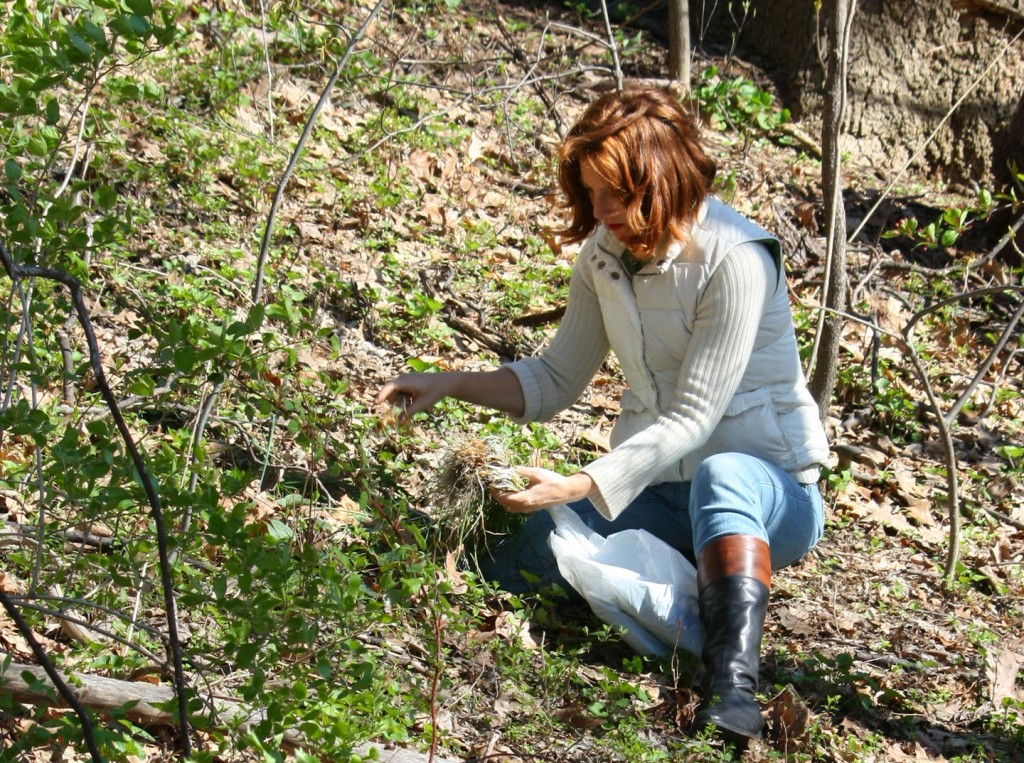 Marie, the forager, in her element.

If you’re a regular Edible reader, then you know the work of Marie Viljoen; she leads edible walks around New York’s public spaces, has been an Edible Brooklyn cover girl and is the author of 66 Square Feet: A Delicious Life. Her goal is to educate locals not to pick plants into oblivion but instead recognize edible from ornamental and occasionally restore the reputation of a vilified weed. Using spaces such as Central Park, Brooklyn Bridge Park and Prospect Park to educate fellow walkers, Marie teaches how to spot edible plants, understand their taste profiles and prepare them. The aim is to enable others to cultivate or occasionally help restore ecological balance in the wilderness by removing edible but invasive species.

Marie’s introduction to edible flowers and berries happened many miles away in her native South Africa eating morogo: a local form of wild spinach and also considered a weed, foraged by a family cook. This sparked her interest in learning about local edibles. The enthusiasm accompanied her on a move to New York and Opera studies. Then when a friend introduced her to a bowl of mysterious but tasty red berries from an indigenous shrub, Marie wondered how to learn more about New York flora. Things finally came to a head when she signed up for a walk with renowned local naturalist Steve ‘Wildman’ Brill in 2007. Marie was astounded to learn about the number of wild weeds that were not only edible but down right delicious. As interest in foraging and local ecology continued to grow not only back home in South Africa but here in New York, Marie traded music for horticulture, design and educating others by writing and, as of a year ago, leading her own walks. Now where others might be tempted to pour herbicides, this clued-up cook sees sauces and salads in the making.

Herbaceous perennial Japanese knotweed is a case in point. The bamboo-like plant has garnered press headlines around the world and earned itself an “invasive species” status in recent years. The UK even has a budget dedicated to eradicating the plant from its islands. But did you know it’s also a tasty substitute for tamarind or lemon juice? Turning a dark green color when cooked like better-known sorrel, Japanese knotweed harbors palate-cleansing sourness, a crisp crunch and can even lend itself to desserts like rhubarb. Monarch butterfly crowd-pleaser common milkweed, the only edible variety of milkweed, is another example. Not only is it easy to find but happens to taste like okra without the sometimes unpleasant viscosity.

From the weedy to the hardy, nature provides New Yorkers with treats everywhere they care to look. Serviceberries, or amelanchier, are an abundant city park staple for example. A pretty flowering shrub as opposed to a weed, these berries pack a sugary punch when ripe.

Are there any drawbacks to picking edible weeds and flowers? As Marie highlights, it pays to understand a little about the environment surrounding the plants and neighboring pests. Pickers and foragers must contend with potential parasites, animal urine and more. Though a sound awareness of food’s origins is as applicable to supermarket bought produce as that found in the wild, independent foragers and growers can only rely on their own scrutiny when picking ingredients. Though cooking can help to kills bugs and unwanted extras, this isn’t always desired or possible when it comes to flowers. Instead a thorough inspection at the time of picking or purchasing followed by washing in water or salt water is a useful way to ensure consumers enjoy nothing but the pure plant.

So what can Edible readers sample right now? Though spring is the best time to taste many flowers, those curious to sample can still find many either growing wild or available in local Greenmarkets. This year’s harsh winter has made for an abundance of flowers all blossoming at the same time. Current finds include day lilies, milkweed flowers and clover. Here is a guide to nine flowers (and weeds) available in a garden or market near you: 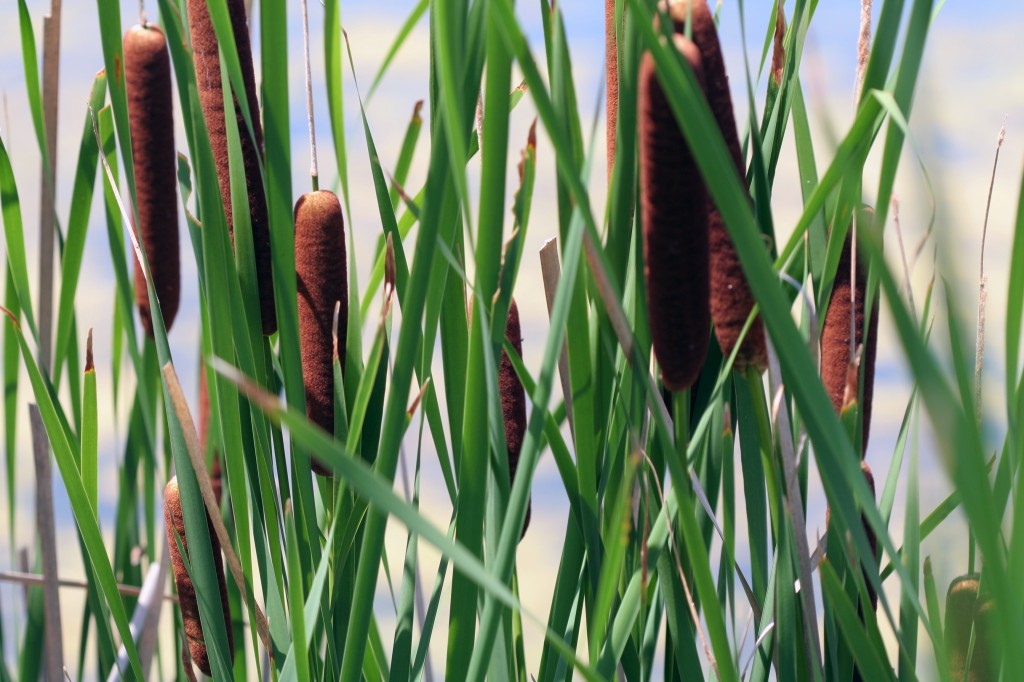 Cattails
Typha latifolia, Typha angustifolia
Origin: Indigenous
Edible: Male flower spike and shoots taste like corn on the cob
Preparation: Flower spike has two parts, male and female: top part is male, bottom part female. Male makes pollen and can be eaten steamed or cooked like corn on the cob and has a mealy texture. Later releases pollen, which can be collected for flour. 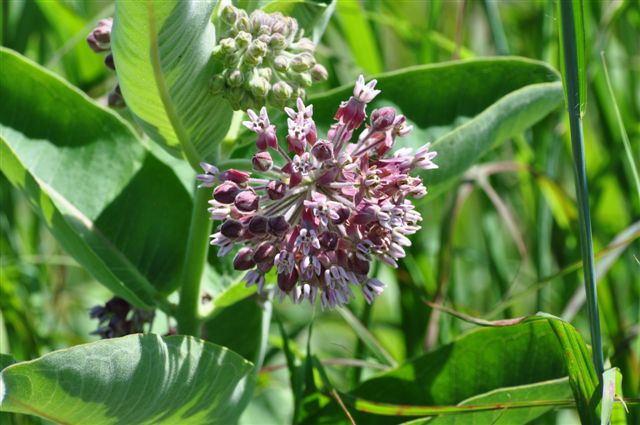 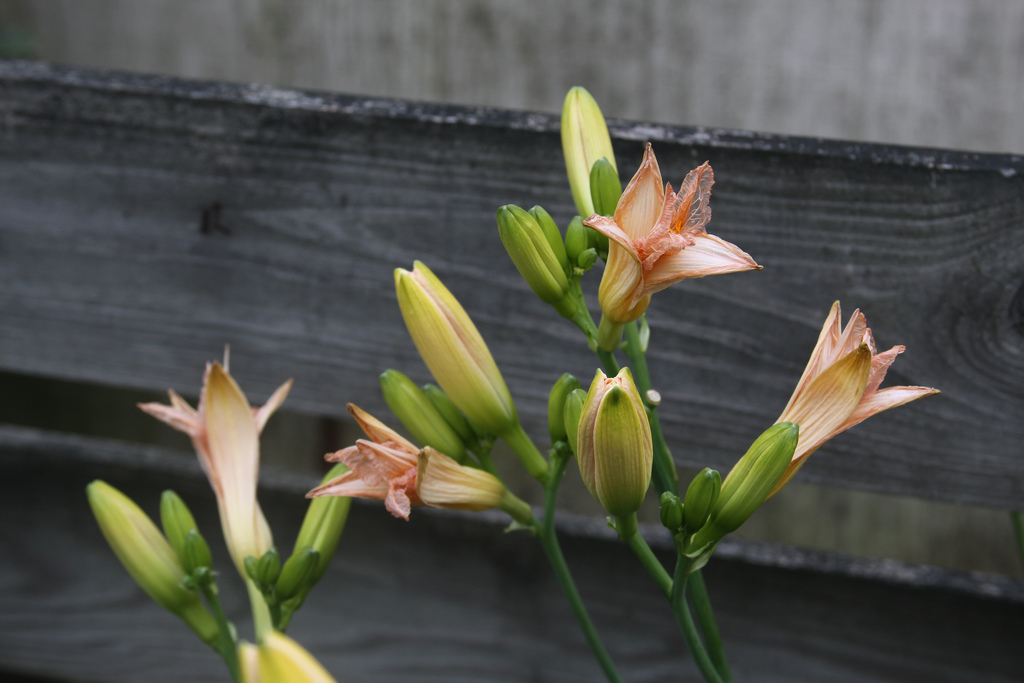 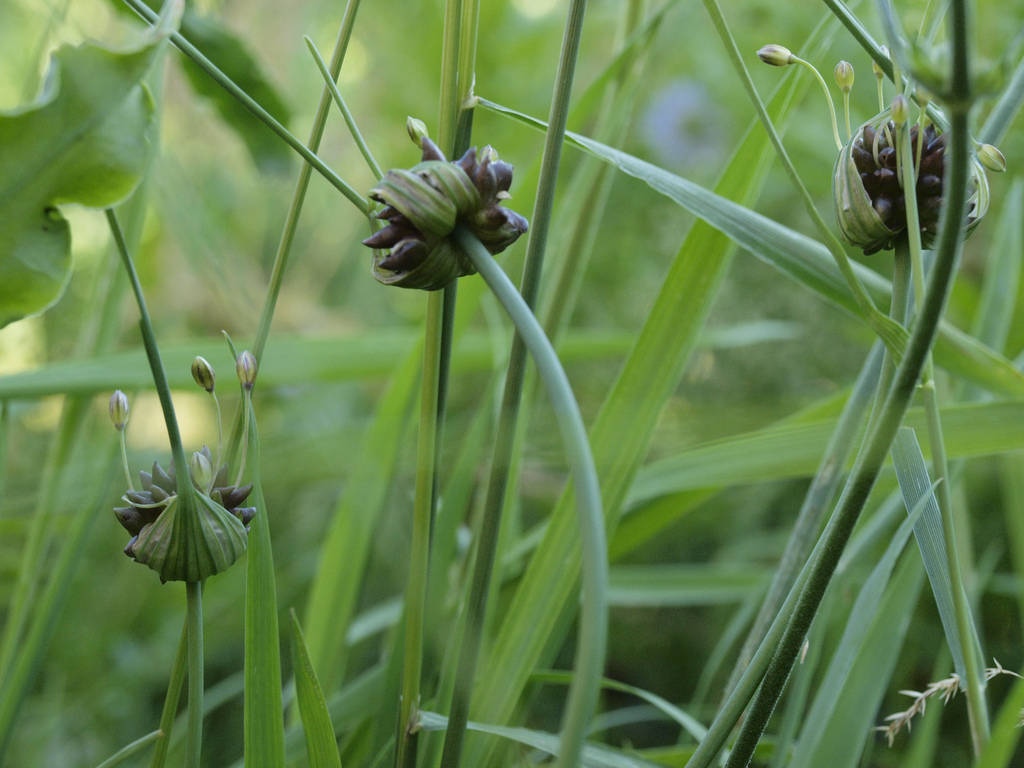 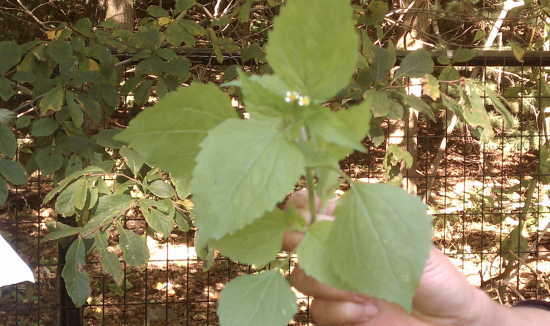 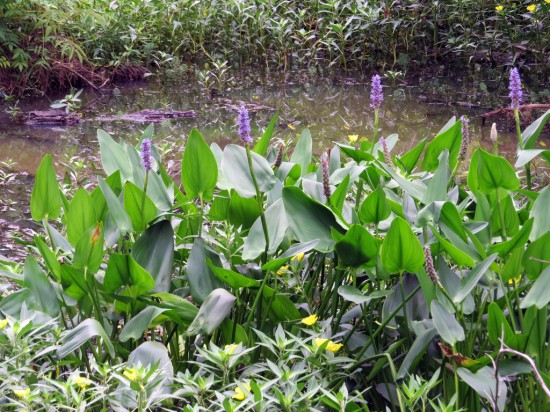 Pickerel weed
Pontederia cordata
Origin: Indigenous
Edible: Flower buds and seeds (late summer)
Preparation: Steam or boil. Can absorb heavy metals, so while the plant can help to clean polluted water if you’re going to eat a quantity be sure of water source and quality first 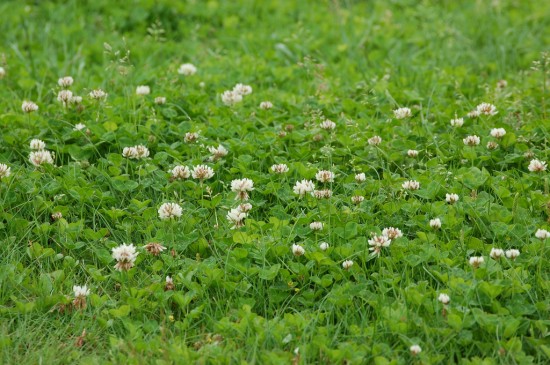 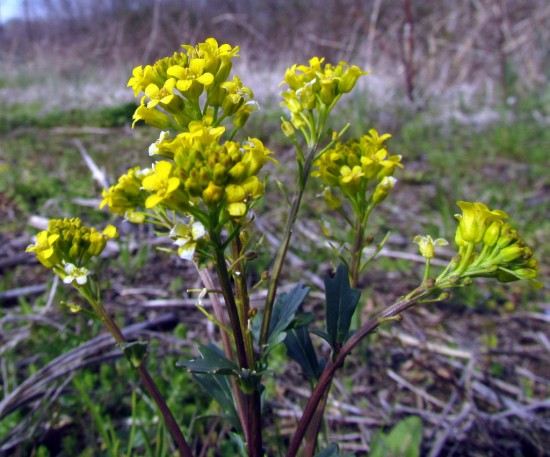 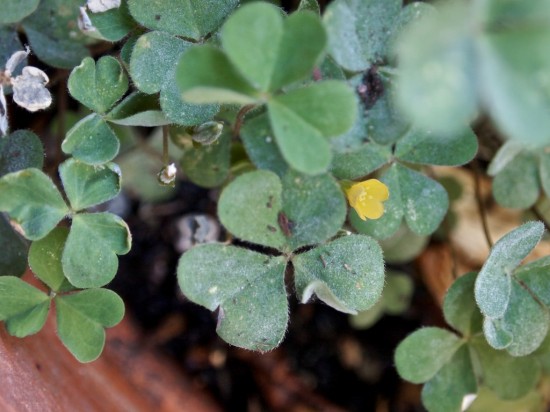