Karen Seiger, author of Markets of New York City, tells us where we should go to get some of the season’s best local food and drink.

Last week, we hosted a crew of New York City market experts at the Brooklyn Brewery for a panel on what it takes to start and maintain a successful market in the Big Apple. In addition to panelists from some of the city’s most popular markets, we were fortunate to welcome Karen Seiger, author of Markets of New York City. 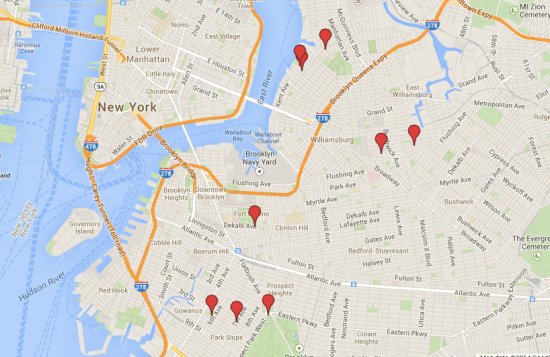 She’s a walking, talking, up-to-date source of the city’s market culture, as proven by her regular weekend picks that she posts on her website. “[Markets] always on my brain,” she says, “[their] environment for creativity is incredible.” 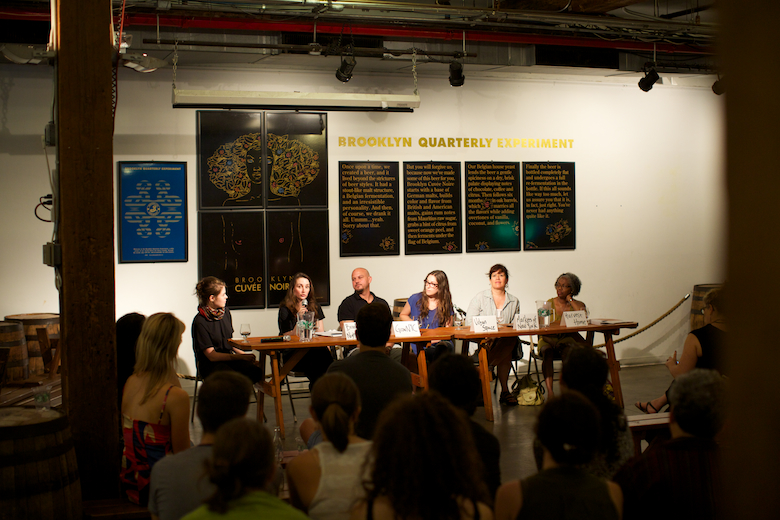 Seiger’s originally from upstate in Rochester, but currently lives in the city, where she has several long-standing ties (her grandfather opened the first movie theater in Coney Island). She grew up going to farmers markets with her mother, and when she grew older and began to travel, Seiger found these community hubs to be “instant access to a culture and society,” as well as a location “where you go to connect with people.”

That idea also rings true for her in New York City, where she finds a “historical thread [of] scrappiness, industry and creativity” throughout the local market culture. Since her book was published in 2010, she’s also noticed a significant rise in markets as an eating destination (hello, Smorgasburg) and thinks that now, at least more than before, “the city is literally and figuratively hungry for food.”

We couldn’t agree more, so we asked Karen to share the top local markets where she thinks we should go to eat this summer. They range in shape, size and mission, but all ultimately satisfy our craving to explore some of the best food and drink that our borough has to offer:

Artists & Fleas: The first of this new generation of markets, Artists & Fleas has a style and vibe all its own. Find vintage treasures and unique handmade products here every weekend. They take great care in selecting food vendors who set up their stalls outside the front entrance. You can also find locally made snacks indoors at the concession stand.

Brooklyn Night Bazaar: New York’s only regularly occurring night market is fashioned after the great night markets of Asia. Meet your friends on a Friday or Saturday evening for live music, outstanding artisanal food and drinks, and shopping from local artisans.

Down to Earth Park Slope Farmers Market: If you’re looking for a good place to linger in Park Slope, the Down To Earth organization hosts this relaxed farmers market, which also includes prepared foods, sauces, snacks and chocolate made in Brooklyn.

Fort Greene Greenmarket: If ever a neighborhood loved its market, it’s Fort Greene and their Saturday Greenmarket. Early morning runners in the park stop at the market for juice and a muffin on their way home. Families stroll through the market with kids and dogs to shop for fresh, locally grown produce, dairy and baked goods for the week.

Gluten Free EatUp:  Can you imagine a place where you can eat every single, delectable morsel there? For people with celiac disease or gluten intolerance, or even people who avoid gluten by choice, this idea has been just a dream — until the Gluten Free EatUP! New on the scene, this market features strictly gluten-free foods that are also tasty by any standards.

Grand Army Plaza: Brooklyn’s answer to Union Square, the Grand Army Plaza market is a community hub for the surrounding neighborhoods. It is a large market in a beautiful location near Prospect Park. If you see a vegetable you don’t know how to prepare, just ask the farmer or a fellow shopper for their best recipes.

Moore Street Market / La Marqueta de Williamsburg: In the early 1940’s Mayor LaGuardia opened several markets to move the street cart vendors indoors and make room for automobiles. La Marqueta on Moore Street is one of those markets. It has a distinct Caribbean feel, with specialty stores for tropical ingredients, Latin music, and Caribbean delicacies, like alcapurrias and empanadas.

Smorgasburg: The Brooklyn Flea’s venerable food market is home to some of the most exciting food innovations in the world. When you go, don’t worry about eating sweets before savories. Just go wherever the lines are the shortest because you really can’t go wrong with any of the carefully selected food makers in this market.

Smorg Jr. at PS 321 Flea: The PS 321 Flea, a classic flea market in the heart of Park Slope, is enjoying renewed vibrancy under new management by the Brooklyn Flea. They recently expanded their food vendor section and dubbed it Smorgasburg Jr. It is a fine and fun destination for local residents and visitors to the neighborhood alike.

Vegan Shop Up: The first in a new trend in health and wellness markets, the Vegan Shop Up features foods and products that are safe for vegans and vegetarians. It takes place in a bar too, so people come and stick around all afternoon. Look for the ever popular Cinnamon Snail Vegan Food Truck, usually parked outside for the event.