A Note to the Editor: Whiskey Not from Brooklyn

We at Edible consider ourselves pretty darn lucky. First, we get to write about the coolest thing ever–food!–in one of the best cities on earth. Second, we have amazing readers who know what’s what and always keep us in check. In response to a story we ran in our current issue about Cacao Prieto’s Widow Jane Kentucky Bourbon Whiskey, we received the following letter with some…ahem, constructive criticism 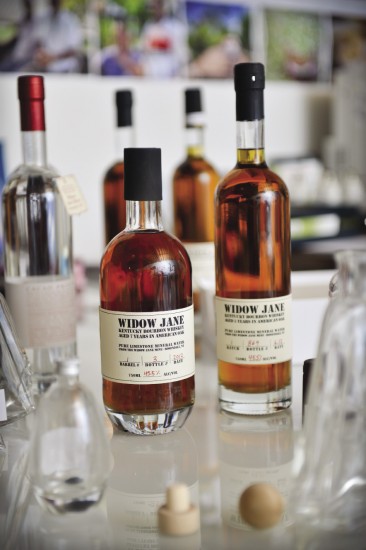 We at Edible consider ourselves pretty darn lucky.  First, we get to write about the coolest thing ever–food!–in one of the best cities on earth.  Second, we have amazing readers who know what’s what and always keep us in check.

Hi! You guys should have a notes to the editor page so there is some feedback on your constant praise for the brooklyn foodie thing- both positive and negative.  I am writing because I am annoyed that your Widow Jane/ cocao prieto article failed to mention the rather important fact that the whisky they use is entirely imported from Kentucky distillers and then I guess diluted with upstate new york water from a mine.  You did talk about the water part- although a mine sounds like a negative source- anyway I think you article will bring them a lot of whisky sales from people that dont figure out that the whisky is imported from another distiller. I know they plan to make their own whisky soon but hey that is a not very impressive fact and left out of a very persuasive promotional article.  I almost did not buy the whisky when I found this out but I had gone all the way to red hook so did not want to leave empty handed, but left feeling dejected and sort of annoyed I had spent fifty bucks when I can get kentucky bourbon anywhere.  It tastes good but so does a lot of kentucky whisky…. and they might as well use brooklyn water which is from upstate new york any way.


Also they said the water is filtered through caves of limestone at the mine- the same material the brooklyn bridge is made of- what a pitch! As far as I know the bridge is made of granite on the surface and most people dont see any evidence they did use limestone in the construction its an invisible fact- also most of the stone was quarried in Maine, not New York.
So lets keep a check on this brooklyn thing- most people would not ask the questions I asked and think they are getting whisky made in brooklyn- their kentucky whisky source told c. prieto this was a good way to get their foot in the door by selling repackaged (essentially) whisky- but this falls under “ask me no questions I will tell you no lies” scenario.  The label on the bottle does not clarify this breakdown either- most people I believe would think they are getting kentucky style whisky aged seven years in brooklyn. Its all relative when it comes to Brooklyn I guess.  Just keep it clear and honest.
Now just to clarify, Ample Hill Ice Cream gets my full respect.
Thanks for listening, would love some feedback and letters to the editor page for honesty/ feeedback in the future if you dont already have one….
Thanks,
David Peterson