A Recipe for Eating Well on SNAP: NYU Grad Publishes ‘Good and Cheap’

In addition to championing the sensory pleasures of home cooking, Leanne Brown’s book was designed to address a specific social problem: the struggle to survive on SNAP. 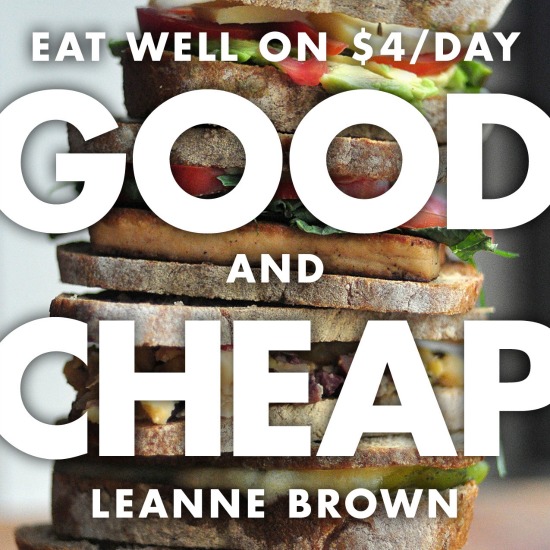 Leanne Brown wants to dispel a couple of myths. Contrary to popular belief, she says, cooking is not hard, and it doesn’t have to cost a lot of money to eat well. It just takes a little bit of practice.

This sentiment lies at the heart of her new cookbook, Good and Cheap, which you have probably heard about if you have been on the internet lately. Since she posted a PDF version on her website in June, it has been downloaded 200,000 times and has become the subject of considerable media attention (Edible included!). And with good reason. In addition to championing the sensory pleasures of home cooking, Brown’s book was designed to address a specific social problem: the struggle to survive on SNAP — the Supplemental Nutrition Assistance Program, as food stamps are now known.

A Canadian citizen, Brown came to New York a couple of years ago for a graduate program in Food Studies at NYU, where she spent a lot of time writing about SNAP, which caught her interest — and caused her frustration — because it was so different from the more flexible social assistance programs she was familiar with back home. She was also chagrined that much of the conversation in her graduate courses excluded the voices of the low income people that depend on SNAP. When it came time to do her thesis project, she chose to do something that went beyond the classroom. 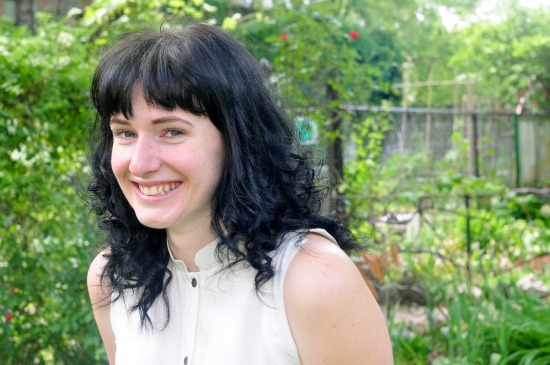 A natural in the kitchen, Brown had become especially passionate about cooking while living on her own after college. She discovered a sense of possibility and freedom in the notion that she could buy ingredients for, and create herself, anything that occurred to her — chocolate eclairs included. She finds cooking to be a “language that is easy to speak in,” one that found a natural outlet in a cookbook. Good and Cheap was born from her desire to use this language, rather than an academic one, to talk about SNAP.

Through a volunteer position with Cooking Matters at the Store, she had the opportunity to talk to residents of Bushwick, Brooklyn, about the kinds of things they liked to cook and eat, and what might be useful to them in the book she was devising. She found that while her clients tended to tune out when she delivered curricula about nutrition, most everyone was excited about sharing recipes. 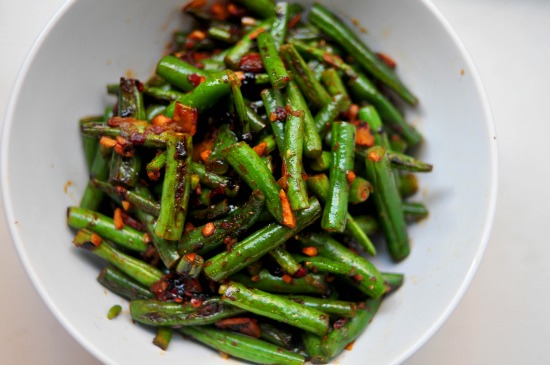 Brown’s spicy green beans, one of the recipes featured in her new book.

This is why more than anything, Brown steers clear of prescriptivist messages in Good and Cheap. Rather than offering meal plans tailored to the $4 a day SNAP budget, or dogmatic rules for healthy eating, she writes master recipes that can be adapted to different ingredients based on seasonality or accessibility — guidelines that can embolden a beginning cook, or inspire a skilled one stuck in a rut. She wants to teach her readers to be flexible, and to help them develop tools to give themselves pleasure — the pleasure of eating delicious, inventive, and nourishing food — even within the constraints of impecunious government assistance.

She explained, “I really wanted to show the joy of food — and the joy of good, healthy food: lots of fruits and vegetables, because I think that’s what most people are missing in their diets, regardless of whether or not they’re poor. And that’s what I focused on. And that’s how It ended up being really a cookbook that is just like — Yay! A bunch of great food!”

That’s a language that speaks to all of us.